He ran around and started banging his head on the tree closest to him. “This can’t be true” Ezra whispered. The shoes on him looked like they were drawn but with no color. Once he calmed down he biked around the “park”. Everything was still and quiet. Then he  saw a glimpse of color and it vanished. “Hello” said a high pitched voice, that felt it came from everywhere. Ezra turned around and a blob was smiling at him. 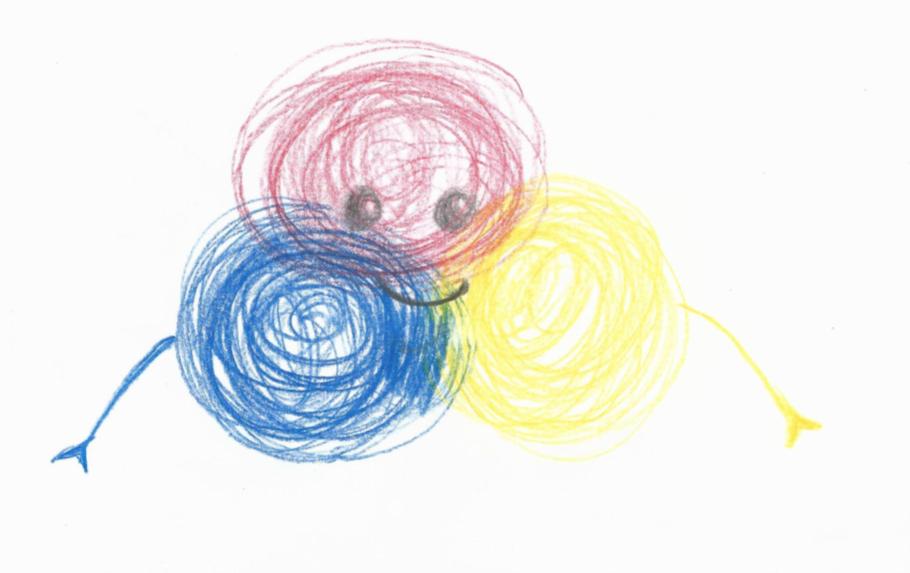 “I’m Primary.” Said the blob.
“I’m lost.” Said Ezra
“Nice to meet you Lost, it looks like you’re trying to find something? Is it the key?”
“What key?” Ezra said, confused.
“The key that unlocks the gate that separates my world, this world, and your world.” Primary explained “I was one who tried to find the key. I found a wizard that cast me into this world and I’ve been here for years and haven’t found anything but these poor people” He waved towards the stick figures Ezra suddenly noticed.
“I’ll help but why is there even a gate between the worlds?” Ezra said
“Well,” Primary started, “Artists around the world started to believe that they couldn’t make room for both line and color in their art so they only either did color or only did line.”
This story made Ezra mad, sad, and confused, so he clenched his fists. Cried a little and thought.

While he thought, he realized that he liked to make art but he actually tried to use both color and line, the gate explains why he couldn’t.

Primary continued, “Maybe you can finally find the key! Then artists can use both line and color and I can go back home!” Ezra immediately got on his bike and put Primary in his basket.

They rode around the park and looked closely through all the nooks and crannies and found nothing but nothing.
“How about we split up, we’ll cover more ground.” Ezra suggested. Primary agreed and Ezra took the west part of the city, and Primary, the east.

Ezra decided to go to his house because he’s pretty familiar with it. He started with his yard, he searched through his flowers, and looked in his mailbox. Then he tried in his house, under the chairs, no, in the cabinets, just dust. Ezra felt hopeless. This world was counting on him. Out of habit he went over to paint his feelings out. But when he came to his canvas he saw… 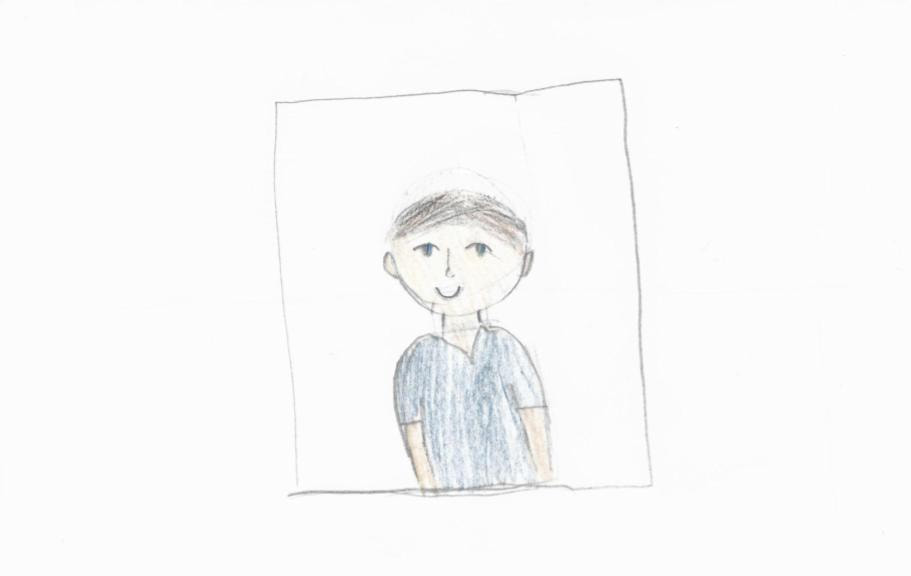 He let the air in his lungs go when he arrived at his destination. The color he thirsted for was blinding him with a bright glow. He was finally in the color side of the gate. In all the awe, he felt like he was going to lose his lunch. He did not like this way of travel.
He didn’t know what to do so he sat underneath a big oak tree. He thought, puzzled, and pondered until he fell asleep. 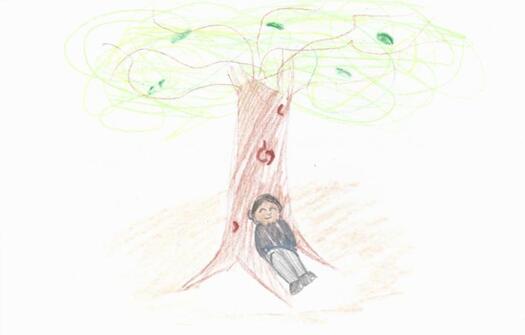 When he woke, he saw almost all the color community. They were staring at him in a weird way. Ezra gathered his courage and started.“I would like to say something” Ezra said “Do you know about the gate? If not then, it divides your world and the worlds beyond.” He made a gesture to the outside of the gate, then continued his speech. “The worlds should not be separated, they should live together and stay that way. Listen up, the whole universe, there is no difference, no reason to be divided. Truth is there is color in line.” Gasps echoed across the forest.

​“Truth is there is line in color.” With those last words, the blinding lights swallowed Ezra’s sight.

​The words felt colorful on his tongue, and they came out like paint on a paintbrush.
​ 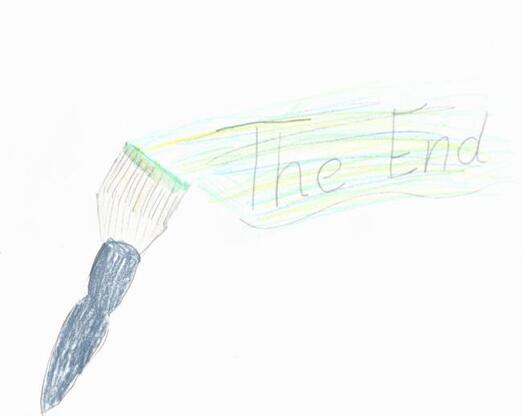